If you need a reason to visit Lacoste, perhaps it is to be found in the summer arts festival held in a quarry outside the haunting ruins of a Château once belonging to the notorious Marquis de Sade and now owned by Pierre Cardin. In 2001, the Italian-born French designer Pierre Cardin bought the ruins of the castle along with an attached quarry. He renovated the quarry into a performance area and stage and established a summer music festival. It is said that today Pierre Cardin owns more than 40 buildings in Lacoste.

Lacoste is a small town, but hosts a School of the Arts now operated by Savannah College of Art and Design. Yes, English is widely understood here. You’ll probably meet students of the College of Art and Design speaking English in the streets. If you go in the off season, you’ll have the place pretty much to yourself. Lacoste is in the Luberon region of Provence in southern France.

In 1958, an American painter named Bernard Pfriem came to Lacoste and fell in love with the village. He bought a house, then bought a few more and began to restore them. In 1970, he started the Lacoste School of Arts which was taken over in 2002 by the Savannah College of Art and Design (SCAD), based in Georgia. SCAD facilities include a library, gallery, dining hall and housing as well as teaching studios dedicated to painting, drawing, sculpture, printmaking, photography and digital imaging.

But the real reason to visit Lacoste is to wallow in the charm of its medieval architecture that seems unchanged over time, as well as the Sade castle ruins and the views over the valleys of the Vaucluse in Provence.

Lacoste is worth a half day and is easily combined with other Luberon villages such as Bonnieux, Gordes or Menerbes as a day trip. The town spills down a ridge topped with the Château de Sade. You’ll walk uphill quite a bit from wherever you park. As for public transportation, the local bus stops 4km outside of Lacoste.

The street leading up to the castle is stunning, set with all manner of little medieval architectural features you might miss in other places.

Lacoste is crowned by the crumbling walls of the Château de Sade, the castle of the notorious Marquis de Sade. It’s slowly being restored, having fallen into the hands of fashion designer Pierre Cardin, who has bought up many homes in Lacoste as well as the residence of Casanova in Venice. But, aside from the arts festival, it’s really all about the de Sade family.

In homage to the infamous former resident Marquis de Sade, Pierre Cardin erected a bronze statue of Sade, using the only known authentic portrait. It depicts the Marquis’s head inside a cage, to evoke his fate as a martyr to the freedom of expression. As we happened to visit this gem the weekend of Pentecost, clearly there must have been something going on…in this case it was a ‘vide grenier’ (sort of garage sale) on the beautiful main square of Lacoste. Take a peak at the pictures and do not hesitate to click on each image to enlarge!

I give the village of Lacoste four stars, mostly for the ambiance, the views, and the rather foreboding castle. It’s true that there’s not much to do here after you’ve taken your walk and your pictures. You can have a coffee at the Café Sade or take lunch at the “panoramic” terrace of Café de France, but that’s it. And there is a kind of creeping modernity in some of the Cardin inspired shops that are starting to sprout in the village…not that that’s entirely a bad thing, you’ll have to decide for yourself.

As for me, I liked Lacoste quite a lot. Especially the old ‘boulangerie’ (which is now used as a residence) and the gorgeous belfry!

As with each article,

from the bottom of my heart! 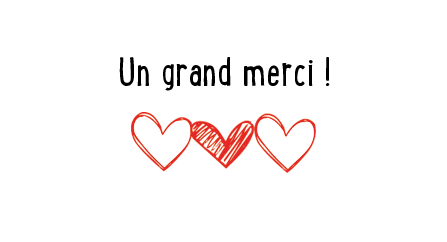